The Shield star Michael Jace has been arrested on suspicion of murder after his wife April Jace was found shot dead at their home in Los Angeles.

Officer Chris No says police arrived at the couple’s home on Monday evening after a report of shots being fired. 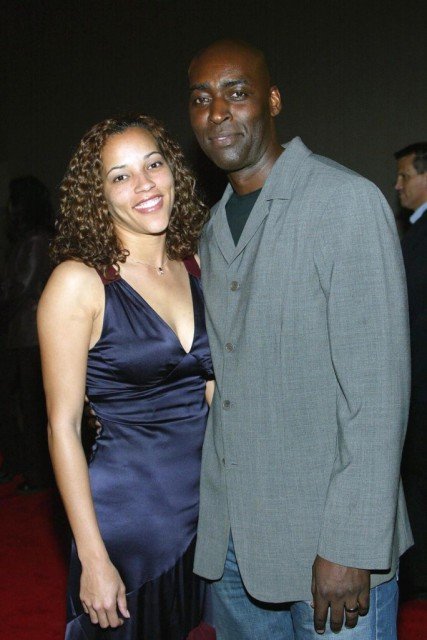 Michael Jace, 51, was then taken into custody and booked on suspicion of homicide.

He is being held on $1 million bail.

Lt. John Jenal from the Los Angeles Police Department said two children were at the single-family home at the time of the shooting.

They were in protective custody on Tuesday morning, he told LA’s City News Service.

The actor played Detective Julien Lowe in FX drama The Shield and was a police officer in Southland.

He also had parts in Forrest Gump, State of Play, Boogie Nights and Planet of the Apes.

Michael and April Jace were married for nine years while he has another child from a previous relationship.

Michael Jace was previously married to Jennifer Bitterman but they divorced in 2002.