Rapper Macklemore has apologized for the Jewish caricature costume he wore on stage in Seattle, which critics said was anti-Semitic.

Macklemore said he didn’t mean to offend anyone but realized the outfit could have looked like a “Jewish caricature”.

“I respect all cultures and all people,” the singer wrote on his website. 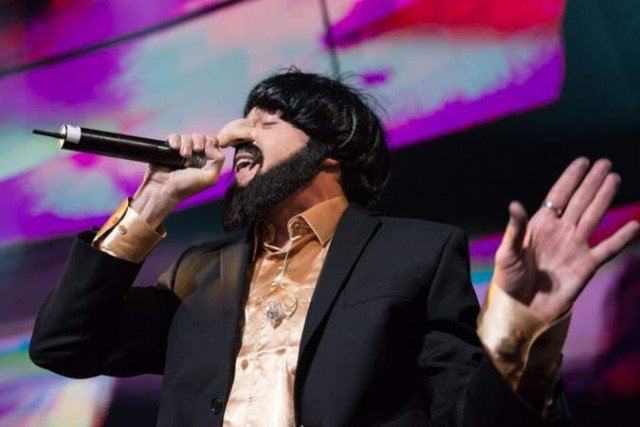 “I would never intentionally put down anybody for the fabric that makes them who they are. I love human beings, love originality and… happen to love a weird outfit from time to time.”

Macklemore wore the costume at a performance in Seattle on Friday.

He explained that he randomly chose the elements of the outfit so that he could disguise himself and move freely around during the secret show.

“I acknowledge how the costume could, within a context of stereotyping, be ascribed to a Jewish caricature,” he wrote.

“I am here to say that it was absolutely not my intention and unfortunately at the time I did not foresee the costume to be viewed in such regard.”

Pictures from the concert show Macklemore wearing a black wig, beard and a fake hooked nose.

Macklemore added: “I’m saddened that this story, or any of my choices, would lead to any form of negativity.”

His website also now includes a link to the Anti-Defamation League (ADL), which was formed to fight anti-Semitism.

Along with Ryan Lewis, Macklemore is a Grammy award-winner and has been an advocate for the gay community, as well as tolerance and diversity, especially through the song One Love.