Credit Suisse has pleaded guilty to helping some American clients avoid paying taxes to the US government and agreed to pay a $2.6 billion fine.

It is the biggest bank to plead guilty to criminal charges in the US in more than 20 years.

The Swiss banking giant said in a statement it deeply regretted the past misconduct. 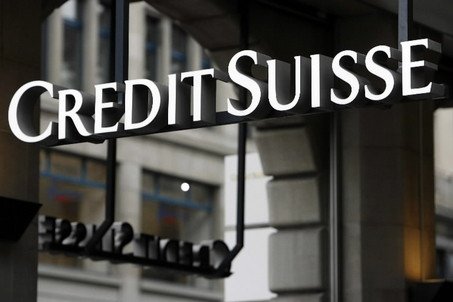 Credit Suisse has pleaded guilty to helping some American clients avoid paying taxes to the US government and agreed to pay a $2.6 billion fine

However, as part of the agreement with US regulators, the bank will not lose its banking license in the US.

Credit Suisse’s chief executive, Brady Dougan, said: “Having this matter fully resolved is an important step forward for us. We have seen no material impact on our business resulting from the heightened public attention on this issue in the past several weeks.”

Eric Holder told a press conference: “The bank went to elaborate lengths to shield itself, its employees, and the tax cheats it served, from accountability for their criminal actions.”

He added that the tax evasion schemes went back decades, saying that in one case, the practice of using sham entities began more than 100 years ago.

However, according to US media reports, neither Credit Suisse chairman Urs Rohner, nor chief executive Brady Dougan are expected to lose their jobs as a result of the agreement.

Credit Suisse is not alone. US prosecutors are chasing more than a dozen other Swiss banks for allegedly helping wealthy Americans dodge US taxes, and at the press conference, they hinted that there would be more settlements to come.