President Vladimir Putin has ordered the withdrawal of the Russian troops from Ukraine’s border, the Kremlin says.

Units in the Rostov, Belgorod and Bryansk regions should return to their permanent bases, a statement said.

Russia has made a similar statements in the past, only for NATO to report no change. 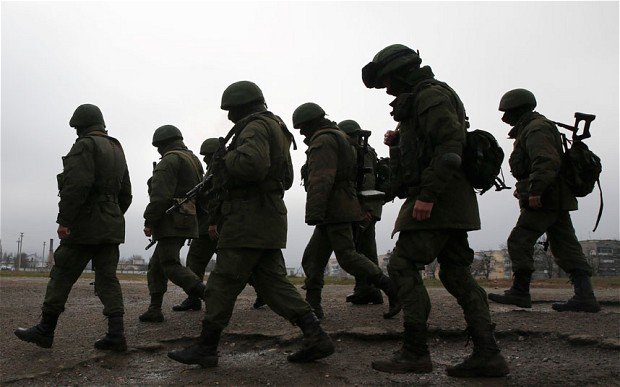 Correspondents say the removal of some 40,000 Russian troops near the Ukrainian border could help de-escalate the Ukraine crisis.

The apparent build-up of Russian forces in the region has ratcheted up diplomatic tensions in recent weeks.

“In connection with the completion of the planned spring phase of military training… at ranges in Rostov, Belgorod and Bryansk regions, Putin ordered the defense minister to withdraw the troops that took part in the exercises,” the Kremlin statement provided to Russian news agencies said.

Tensions between Russia and the West rose after the overthrow of pro-Kremlin Ukrainian President Viktor Yanukovych in February, following months of street protests.

Russia’s subsequent annexation of Crimea triggered a crisis in relations.

One Ukrainian soldier was killed and one was injured on Monday in attack by separatists on a checkpoint near Sloviansk, in the Donetsk region, Ukraine’s Interfax news agency quoted the country’s defense ministry as saying.

On Saturday, the separatists appointed a prime minister for what they call the People’s Republic of Donetsk.