Conchita Wurst has given her first public concert since her Eurovision victory this month, performing in Vienna on Sunday.

The bearded drag queen was greeted by thousands of fans, including gay couples. Many waved rainbow flags or wore fake beards.

Earlier, the Austrian was received by Chancellor Werner Faymann, who thanked Conchita for promoting tolerance. 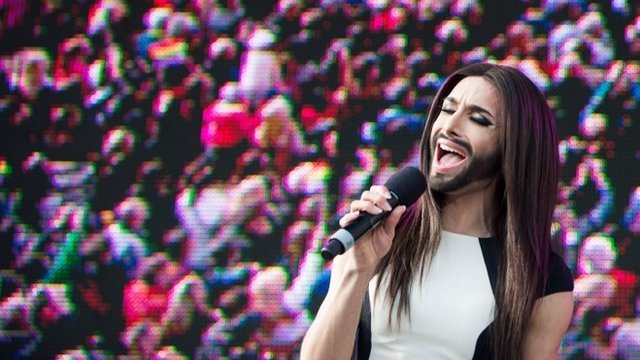 However, the concert was criticized by the conservative People’s Party, which is part of the coalition government.

Conchita Wurst, who is also known as Tom Neuwirth, said: “I am so humbled and happy that I could bring this victory back home.

“This was not just a victory for me alone, but for a whole community of people who believe in a progressive future.”

Werner Faymann said it was an honor to have Conchita Wurst perform in Austria.

“You showed a message from our country, from Europe, in a direction that is known as tolerance, love and lust for life,” he said.