The North Korean government has apologized for the collapse of an apartment building in Pyongyang last week which is feared to have killed scores of people.

The accident in Pyongyang on Tuesday was reported on Sunday morning by the official Korean Central News Agency (KCNA).

The news agency said that the collapse happened in the city’s Phyongchon district.

While it is not clear how many people died, some reports say that the “unimaginable” accident could possibly have killed more than 100 residents. 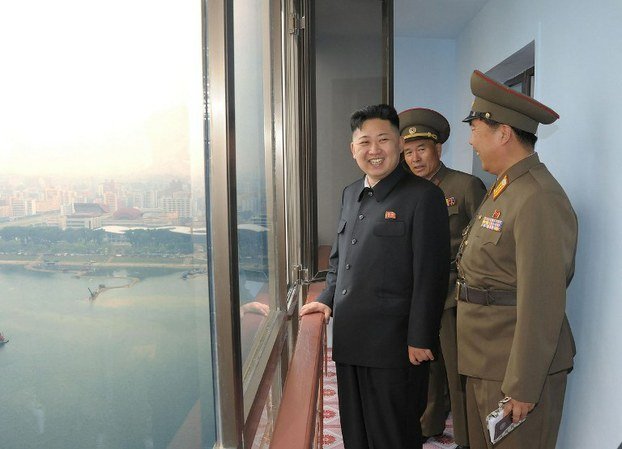 The construction of the apartment block “was not done properly and officials supervised and controlled it in an irresponsible manner”, the news agency said.

Correspondents say that it is extremely rare for North Korea to admit negative news, and the report from the official KCNA news agency included equally rare apologies from top officials.

An “intensive” emergency rescue effort had been carried out to rescue survivors and treat the wounded, it said.

The KCNA did not provide detailed casualty figures or explain the cause of the collapse, but said it had left Pyongyang citizens “greatly shocked”.

A South Korean official, speaking to the AP news agency on condition of anonymity, said the collapsed building was a 23-story apartment complex.

Another unidentified official told Reuters that the building was thought to have held 92 households.

“Hundreds are presumed to be dead, assuming that each family has an average of four members,” he said.

It is not uncommon for residents of partially built apartment blocks in North Korea to move into them before construction officially ends, correspondents say.

A senior Pyongyang official was quoted by KCNA as saying that North Korean leader Kim Jong-Un “sat up all night, feeling painful” after being told about the collapse.

It is estimated that about 2.5 million people – mostly top party members or other privileged people – live in Pyongyang.

Pyongyang’s inhabitants are known to have more regular electricity supplies and better access to food, goods and other services compared with those living elsewhere in North Korea.