Home Entertainment Kim Kardashian asks to have Joan Rivers moved away from her at...

Kim Kardashian was seated next to Joan Rivers during NBC Upfronts on May 15, but asked to have Rivers moved because of how many times the Fashion Police host has made fun of her and her family.

“Khloe and Kim were seated next to Joan Rivers, but they had them move her,” a source tells Us Weekly. 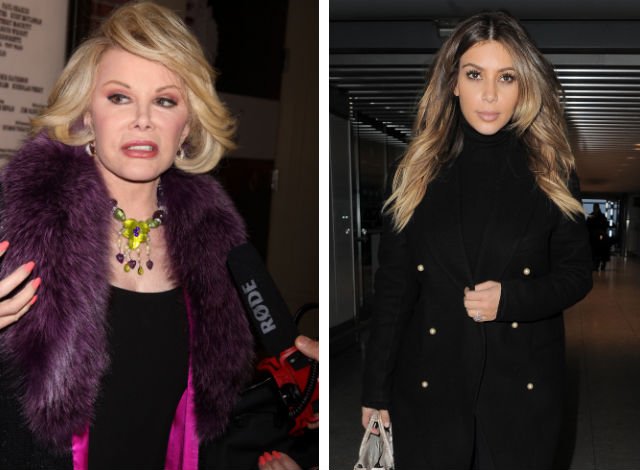 Kim Kardashian was seated next to Joan Rivers during NBC Upfronts, but asked to have her moved

Joan Rivers, 80, recently made fun of Kim Kardashian and Kanye West’s daughter, North West, even going as far as to call the 11-month-old “ugly”.

The source adds that Kim Kardashian never confronted Joan Rivers about the remark, and “saw her at Jimmy Fallon and was polite and didn’t say anything”.

The source told the publication: “They even took a pic together when Joan asked.”

Joan Rivers has also spoofed Kim Kardashian’s s** tape with ex Ray J and mocked her siblings. Not to mention, she touched on Bruce Jenner’s appearance during an E!’s Fashion Police episode in the past.

“Kim and Khloe both don’t want drama and can’t fake it anymore with Joan, so they asked the staff to keep them separate,” the source told Us Weekly.