Nigerian President Goodluck Jonathan has canceled his visit to Chibok, the town where more than 200 schoolgirls were abducted, officials say.

Goodluck Jonathan would stop in Chibok, in the north-east, on his way to a conference in Paris on the threat from Boko Haram militants.

But the visit was called off for security reasons, the officials said. 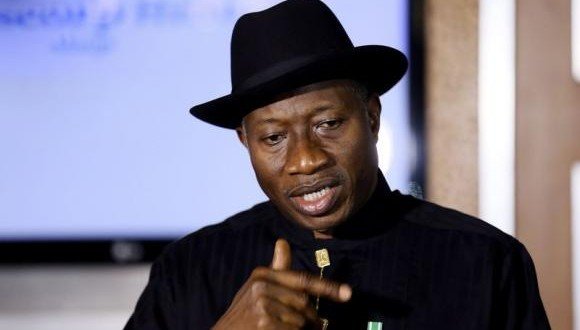 President Goodluck Jonathan has canceled his visit to Chibok

Goodluck Jonathan – under pressure over his government’s failure to rescue the girls – will fly direct to Paris.

On Thursday, relatives of the girls called for their unconditional release by Boko Haram.

Goodluck Jonathan is said to have ruled out negotiations over a possible release of prisoners.

Nothing was seen of the girls for almost a month after they were taken from Chibok.

But on Monday the group released a video showing more than 100 of them and offering an exchange for prisoners.

President Goodluck Jonathan has been criticized for not visiting Chibok – more than a month after the girls were seized.

The president will travel to Paris to take part in a summit convened by French President Francois Hollande to discuss Boko Haram.

The leaders of Nigeria’s neighbors – Benin, Cameroon, Niger and Chad – are scheduled to attend the summit on Saturday, which will also include representatives from the UK, US and EU.

A statement said delegates at the meeting will “discuss fresh strategies for dealing with the security threat posed by Boko Haram and other terrorist groups in west and Central Africa”.