Alec Baldwin was arrested Tuesday after riding a bicycle the wrong way on a New York street, police said.

Alec Baldwin, 56, was issued two summonses and arrested after he allegedly rode his bike the wrong direction down Fifth Avenue.

The actor allegedly became angry and started yelling at police after they asked him for identification to give him a summons, police said. 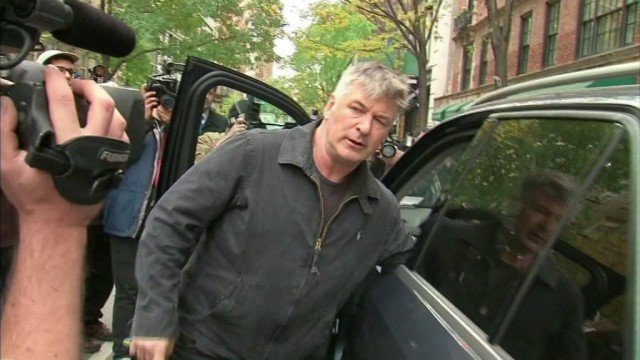 Alec Baldwin allegedly refused to provide his identification to the officers, which prompted them to arrest him and take him to a nearby precinct, according to the Associated Press.

Apparently upset that he was arrested, Alec Baldwin tweeted the arresting officer’s name and badge number, and then lambasted New York City.

“New York City is a mismanaged carnival of stupidity that is desperate for revenue and anxious to criminalize behavior once thought benign,” Alec Baldwin tweeted. He also said photographers were “once again” outside his home, and that they’d scared his daughter.

Alec Baldwin is to appear in court July 24.

“Police stated that he got belligerent and started arguing with them and using profanity,” Deputy Chief Kim Y. Royster said.

Once in custody, Alec Baldwin was taken to a nearby precinct, where he reportedly asked the desk supervisor: “How old are these officers, that they don’t know who I am?” according to a law enforcement official.

Alec Baldwin was stopped for riding a bicycle the wrong way on Fifth Avenue and 16th Street, police said.

In a statement, a representative for Alec Baldwin said: “He is back home with his family.”