Prosecutor Gerrie Nel in the trial of Oscar Pistorius has formally requested that he undergo a mental observation.

Gerrie Nel made the application after forensic psychiatrist Merryll Vorster said the Olympic double amputee was “a danger to society”.

Judge Thokozile Masipa said she would announce her decision on Wednesday.

The Paralympic champion says he accidentally shot Reeva Steenkamp through the toilet door in a state of panic, mistaking the 29-year-old model and law graduate for an intruder. 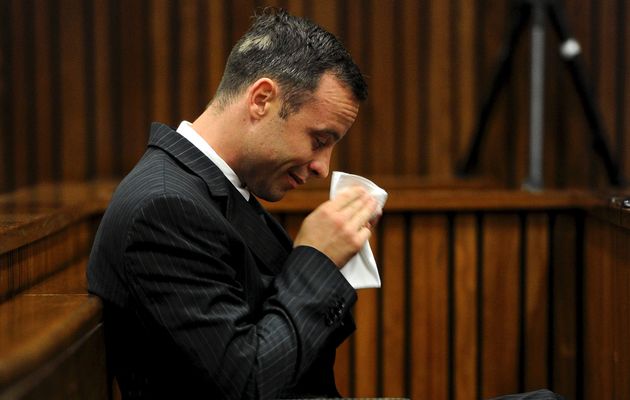 The court has adjourned until Wednesday.

The prosecution accused the defense on Tuesday of changing its plea – from putative self-defense to a psychiatric disorder.

Gerrie Nel said that a “psychiatric evaluation was essential” and it was in the interests of justice for the accused to be referred.

The defense is vigorously resisting the prosecution move, which it argues is “manifestly absurd”.

Dr. Merryll Vorster told the court earlier that she would not say that Oscar Pistorius had “a mental illness” and that he was “still able to function at high level as an athlete and still able to socialize”.

But she said that people with Generalized Anxiety Disorders (GADs) like Oscar Pistorius probably should not have firearms.

She said that GAD would not “render you unfit to stand trial”.

On Monday Dr. Merryll Vorster said that the athlete had had an anxiety disorder since childhood and was “anxious” about violent crime.

His actions on Valentine’s Day last year “should be seen in context of his anxiety”, she said.

If the prosecution request is granted, Oscar Pistorius may spend up to 30 days in a state mental health institution for observation and assessment of his mental health.

The athlete has described the prosecution move as “a joke”, insisting that Monday’s evidence from Dr. Merryll Vorster had “gone well”.

But the prosecution argues that her testimony is further proof that the athlete is changing his defense.

Court sources have indicated that it is unlikely that Judge Thokozile Masipa will grant the prosecution its request.

Dr. Merryll Vorster said on Monday that the reactions of Oscar Pistorius in the early hours of 14 February 2013 would have been different to that of a “normal, able-bodied person without generalized anxiety disorder”.

She said that Oscar Pistorius was more likely to respond to any threat with “fight” rather than “flight”.