The US is flying manned surveillance missions over Nigeria to try to find more than 200 schoolgirls kidnapped by the militant Islamist group Boko Haram.

The US is also sharing commercial satellite imagery with the Nigerian government, officials said.

It comes after militants released a video of about 130 girls, saying they could be swapped for jailed fighters.

Boko Haram seized them from a school in the northern Borno state on 14 April.

“We have shared commercial satellite imagery with the Nigerians and are flying manned ISR (intelligence, surveillance and reconnaissance) assets over Nigeria with the government’s permission,” said a senior administration official, who declined to be named.

A team of about 30 US experts – members of the FBI and defense and state departments – is in Nigeria to help with the search.

The types of aircraft deployed have not been revealed, but the US has sophisticated planes that can listen into a wide range of mobile phone and telecommunications traffic. 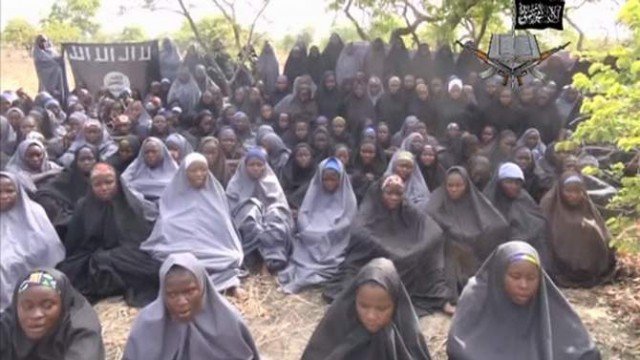 Other officials, quoted by Reuters, said the US was also considering deploying unmanned “drone” aircraft to aid the search.

US state department spokeswoman Jen Psaki said earlier on Monday that intelligence experts were closely examining the Boko Haram video for clues that might help locate the girls.

Pogu Bitrus, a leader in the town of Chibok, from where the girls were seized, said vegetation in the video resembled that in the nearby Sambisa forest reserve.

The video showed some 136 girls wearing bulky hijabs. Militants said they had “converted” to Islam.

The girls’ families have said that most of those seized are Christians.

Two girls on the video singled out for questioning said they were Christians but had converted to Islam.

Boko Haram leader Abubakar Shekau said the girls could be exchanged for “our brethren in your prison”.

“I swear to almighty Allah, you will not see them again until you release our brothers that you have captured,” he said.

In a video last week, Abubakar Shekau threatened to sell the girls into slavery.

A Nigerian government statement said “all options” for the girls’ release were on the table.

However, Interior Minister Abba Moro appeared to dismiss the offer, saying no exchange would take place. The reason for the discrepancy was unclear.

It appears some sort of negotiations will take place because of the large presence of international advisers in the country, including hostage negotiators.

Boko Haram, whose name means “Western education is forbidden”, had previously said the girls should not have been at school and should get married instead.

The militants have been engaged in a violent campaign against the Nigerian government since 2009.

President Goodluck Jonathan – whose government has been heavily criticized for its response to the abduction – said on Sunday that help from abroad had made him optimistic of finding the girls.

He says he believes the girls are still in Nigeria.

The kidnapping has triggered a huge international campaign with world leaders and celebrities calling for the children to be released.

The UK, the US, France and China already have teams helping on the ground in Nigeria. An Israeli counter-terrorism team is also on its way.