They are now breathing on their own after being removed from a ventilator, their mother has said. 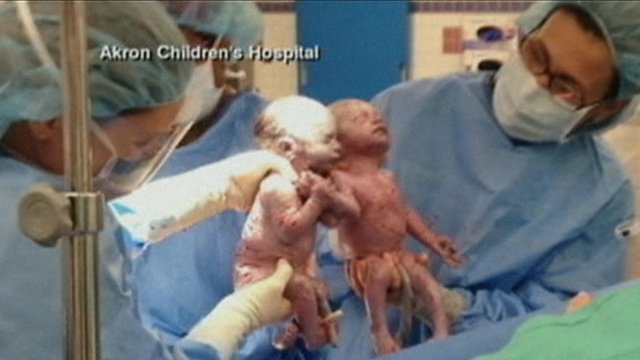 They were born on Friday in Ohio, grasping each other’s hands when doctors lifted them up for their parents to see after delivery.

Monoamniotic birth occurs in only one in 10,000 pregnancies.

Sarah Thistlethwaite, 32, was monitored for weeks at Akron General Medical Center in Akron, as monoamniotic twins are at risk from becoming entangled in each other’s umbilical cords.

She told the Akron Beacon Journal newspaper that holding her children was “the best Mother’s Day present ever”.

“I can’t believe they were holding hands,” Sarah Thistlethwaite said.