A psychiatrist has said at Oscar Pistorius’ murder trial that South African Olympic athlete has had an anxiety disorder since childhood and was “anxious” about violent crime.

Meryl Vorster said that Oscar Pistorius’ actions when he shot his girlfriend Reeva Steenkamp on Valentine’s Day last year “should be seen in context of his anxiety”.

The defense opposed the application before the court adjourned on Monday. It will reconvene on Tuesday.

Correspondents say that if the prosecution’s application succeeds, Oscar Pistorius may spend up to 30 days in a state mental health institution for observation and assessment of his mental health. 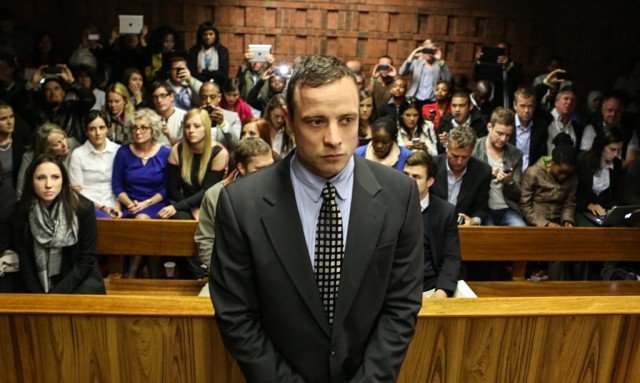 It was expected that the defense would conclude its case by the end of this week – after which both sides would have an opportunity to present their closing arguments.

Oscar Pistorius says he accidentally shot Reeva Steenkamp through the toilet door in a state of panic, mistaking the 29-year-old model and law graduate for an intruder.

Giving evidence on Monday, Meryl Vorster said that Oscar Pistorius was more likely to respond to any threat with “fight” rather than “flight”.

The anxiety disorder was the result of surgery at the age of 11 months to remove his lower legs, she said, a “traumatic assault” for an infant at that age.

“He feels guilty and has developed a depressive disorder as a result,” she said.

The psychiatrist said that the reactions of Oscar Pistorius in the early hours of 14 February 2013 would have been different to that of a “normal, able-bodied person without generalised anxiety disorder”.

However, she said that this would not have affected his ability to distinguish between right and wrong and that it was up to the court to decide whether his anxiety disorder – from which he had suffered since childhood – diminished his responsibility.

“I think the generalized anxiety is relevant to the case. But the court will have to decide,” she said.

Meryl Vorster said that generalized anxiety disorders are not uncommon, and were not signs of mental illness.

Safety measures at his home were “out of proportion” to the threat of crime in South Africa, she said.

Meryl Vorster said that Oscar Pistorius’ parents separated when he was six and his father was not a responsible parent.

“[He was] largely absent, and his mother was anxious, sleeping with a firearm under her pillow,” she said.

She said that Oscar Pistorius’ mother’s death in March 2002 meant that he lost an “emotional attachment figure”.

State prosecutor Gerrie Nel asked Meryl Vorster whether someone with anxiety disorder plus guns would be “a danger to society”.