During a London concert on Friday, Miley Cyrus revealed she wrote her hit Wrecking Ball to seek out revenge on a former partner.

She took to the stage for a top secret show at G-A-Y in London and spoke about how she penned Wrecking Ball after having her heart broken, sparking speculation she was talking about Liam Hemsworth, from whom she split last year. 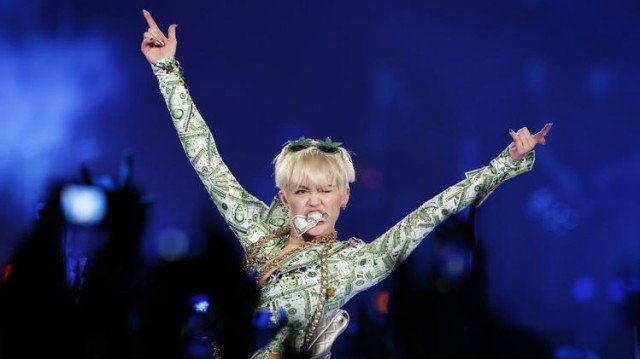 “I wrote this song after somebody broke my heart, and I just wanted to say <<F*** you>>,” she told the audience.

“I wanted to write a No. 1 hit, something that would be on the radio. I wanted to make sure every time he turned on his radio, he would hear my song and will keep hearing it for the rest of his life.”

Miley Cyrus and Liam Hemsworth had become engaged in 2012 after meeting on the set of The Last Song in 2009.