Tiger Woods’ ex-wife, Elin Nordegren, took nine years to get her degree, but she finished with a 3.98 GPA and was named the most outstanding senior in her class at Rollins College.

Elin Nordegren was the apropos commencement speaker at the graduation ceremony as she took her degree in psychology. 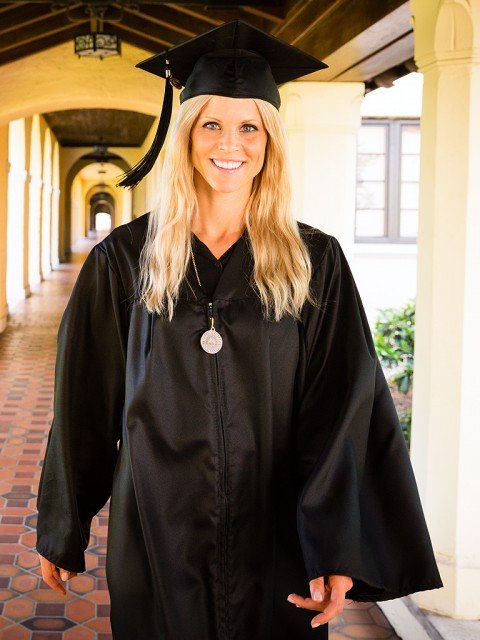 According to PEOPLE magazine: “Nordegren started college courses at Rollins in 2005, when she was married to Woods and did not yet have children, chipping away at her degree sometimes one class at a time. She took a semester off following the birth of each of her children – Sam, now 6, and Charlie, now 5 – and again in 2010, in the wake of the spectacular revelations of infidelity by her then-husband. That period she referred to Saturday as “the wild storm of my personal life.”

Elin Nordegren, who divorced Tiger Woods in 2010, was probably a little sidetracked over the course of the time that spanned her degree.

“Yes, nine years is a pretty long time,” she said.

“When I received the honor of speaking today I was happy. I was also a little surprised. I have been called a <<woman with no words>> in the media and criticized for not talking very much.”

Elin Nordegren spoke about how far she’d come since coming to the US as a married 25-year-old.

“Today, nine years later I’m a proud American and have two beautiful children. … But I’m no longer married,” said Elin Nordegren, which elicited laughter and applause from the crowd.

“Your actions inspired me to keep on going to the finish line. We walked the talk,” Tiger Woods’ ex-wife said.