A ballistics expert called by Oscar Pistorius’ defense team at his murder trial in Pretoria has questioned the state’s version of how he shot his girlfriend.

The prosecution alleges he shot her dead after a row and that she was cowering from him in the toilet.

He says he accidentally shot her through the toilet door in a state of panic, mistaking the 29-year-old model and law graduate for an intruder. 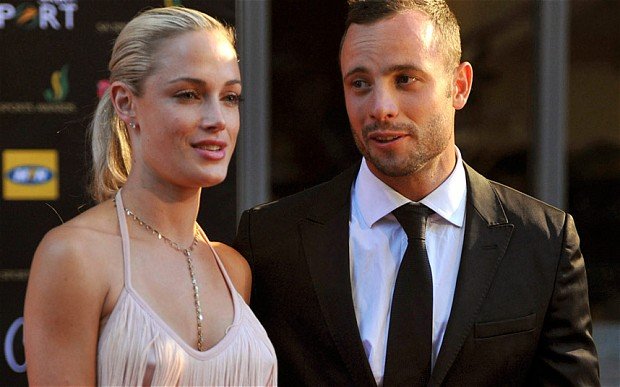 The state alleges one missed and ricocheted off a wall and injured her back and that the final bullet hit her hand and head as she was sitting in a defensive position.

But Tom Wolmarans said splinter evidence showed the model was leaning forward towards the door when the first bullet hit her hip.

The next bullet hit Reeva Steenkamp’s arm, the third bullet her hand and the last bullet hit her head as she was falling backwards, he said.

On Thursday the court heard evidence about when Reeva Steenkamp may have eaten her last meal.

Meanwhile, it has been reported that Oscar Pistorius has sold his home in the Silverwoods Estate where Reeva Steenkamp died.

He put the house on the market at the end of March in order to fund his legal costs, one of his lawyers said at the time.

An estate agent confirmed to South Africa’s Beeld newspaper that a sale was under way.

Oscar Pistorius trial started at the beginning of March and was expected to last five weeks. The defense has said that it hopes to wrap up its case by May 16.