According to various media reports, Apple is in talks to buy headphone maker and music-streaming service provider Beats Electronics.

The reports claim Apple could pay as much as $3.2 billion and a deal could be announced next week.

If completed, the deal will be Apple’s biggest ever acquisition.

The deal is being seen as move by Apple to get a stronger foothold in the phone and music accessories business and bolster its online music offerings. 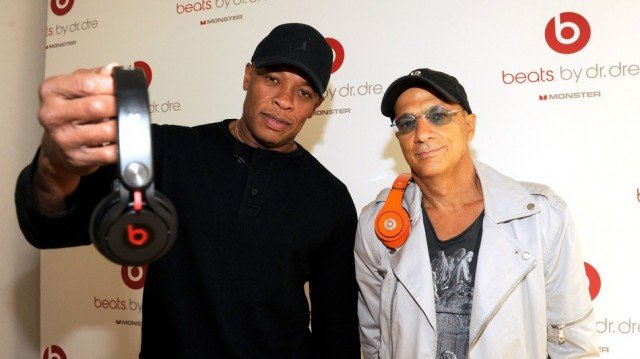 Beats Electronics was founded by Jimmy Iovine and Dr. Dre and until recently was best known for its headphones (photo Getty Images)

The two areas are expected to see fast growth in the coming years.

The Financial Times cited a source as saying the firms were still negotiating the details.

Beats was founded by music producer Jimmy Iovine and hip-hop star Dr. Dre and until recently was best known for its headphones.

It started a subscription-based music streaming service earlier this year.

However, Apple already has its own iTunes store which is the world’s largest music download service. It also launched iTunes Radio last year.

That has made some industry watchers question the move.

The reported price is also a huge premium on Beats’s previous valuation.

Beats was valued at just $1 billion after its last funding round in September, which saw it get a $500 million investment from the Carlyle Group.