Pro-Russian separatists in eastern Ukraine have decided to go ahead with an independence referendum on Sunday, despite a call from Russian President Vladimir Putin to postpone it.

The move was announced by separatist leaders after consulting supporters.

On Wednesday, Vladimir Putin called for a postponement to create the conditions necessary for dialogue. 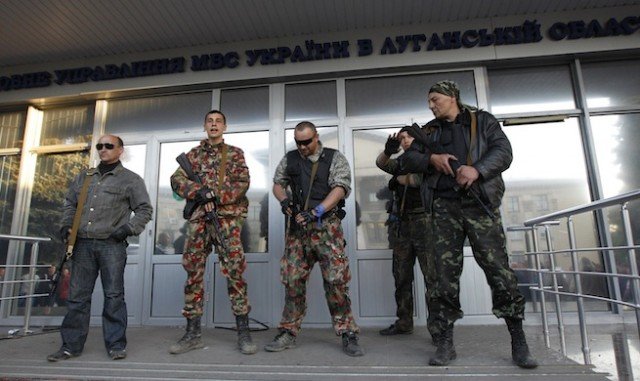 Ukrainian authorities say they will disregard the results and that “anti-terror” operations will continue.

Millions of ballot papers have been prepared for the referendum.

The question put to voters is: “Do you support the act of proclamation of independent sovereignty for the Donetsk People’s Republic?”

The decision to press ahead with the vote was announced by separatist leaders in the regions of Donetsk and Luhansk.

The leader in Donetsk, Denis Pushilin, said the decision had been unanimous.

“We just voice what the people want and demonstrate through their actions,” he said.

A spokesman for the Kremlin said there was “little information” and that it needed to analyze the situation further.

Moscow has vowed to protect the rights of Ukraine’s Russian-speaking population against what it calls an undemocratic government in Kiev.

Ukrainian authorities have rejected activist demands for greater autonomy and troops have been battling to regain official buildings occupied by rebels in the east.