A 6.4-magnitude earthquake has hit Mexico, causing buildings to sway in the capital, Mexico City.

According to the US Geological Survey, the earthquake was centered near the town of Tecpan de Galeana in southern Guerrero state, about 190 miles south-west of Mexico City. 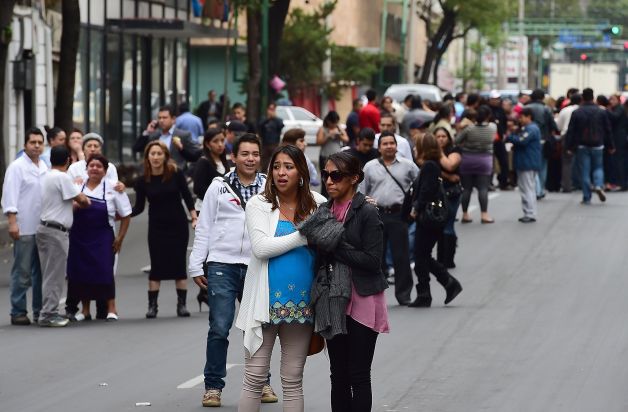 A 6.4-magnitude earthquake has hit Mexico, causing buildings to sway in the capital

The earthquake was also felt in the resort city of Acapulco, the Associated Press says.

There are no reports of any damage or injuries but frightened office workers ran into the streets in the capital.

Mexico lies on top of three continental plates and is regularly shaken by tremors.

Finance Minister Luis Videgaray was mid-speech at the National Palace in Mexico City when the latest quake struck, Reuters reports.

“I think we’d better take a pause if you don’t mind,” the news agency quoted him as saying.

The quake had a depth of 15 miles.

The US Geological Survey downgraded the magnitude from an earlier figure of 6.8.