This is reportedly not her first run-in with the law.

According to TMZ, V. Stiviano has been arrested four times and has used six different aliases since 2002. 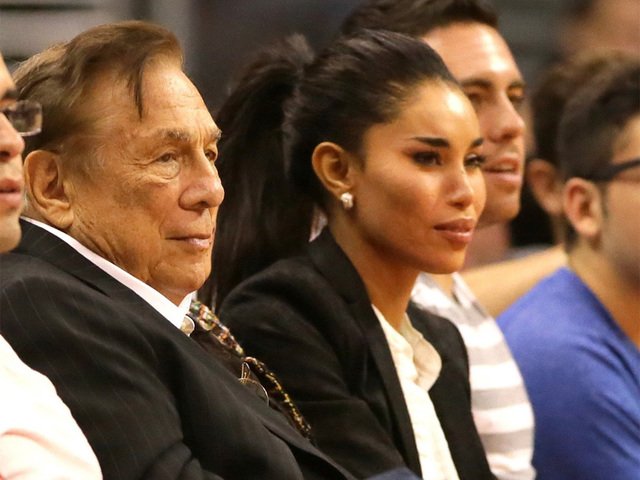 V. Stiviano has been arrested four times and has used six different aliases since 2002 (photo WPTV)

According to TMZ, she was first arrested by the LAPD for petty theft in 2002.

V. Stiviano was convicted and placed on probation only to again be arrested for another petty theft in 2004. In 2010, Stiviano reportedly was arrested by LAPD for possession of a controlled substance and two years later she was arrested on charges of driving under the influence.

Court papers show that V. Stiviano legally changed her name in 2010, nine months after the drug charges, from Maria Vanessa Perez because she hadn’t “yet been fully accepted because of my race” among other reasons.

“I wish I had just paid her off,” Donald Sterling said last week, according to DuJour.com.

In an interview with Barbara Walters, V. Stiviano identified herself as Donald Sterling’s personal assistant and “silly rabbit”. She also told Barbara Walters that there are hours of recorded conversations between her and the Clippers owner – though she denied releasing to the public the recording in which Donald Sterling admonished her for bringing “black people” to his games and told her not to “promote” her association with them.