Oscar Pistorius “was broken” after shooting his girlfriend Reeva Steenkamp, his neighbor Johan Stander has said, as the murder trial resumed after a two-week break.

Oscar Pistorius, 27, says he shot through a toilet door while in a state of panic, fearing there was an intruder in his house.

The trial was adjourned on April 17 for an Easter break after Oscar Pistorius and two expert witnesses had given evidence for the defense.

Johan Stander implied that he thought Oscar Pistorius’ reactions showed that the shooting had been a mistake. 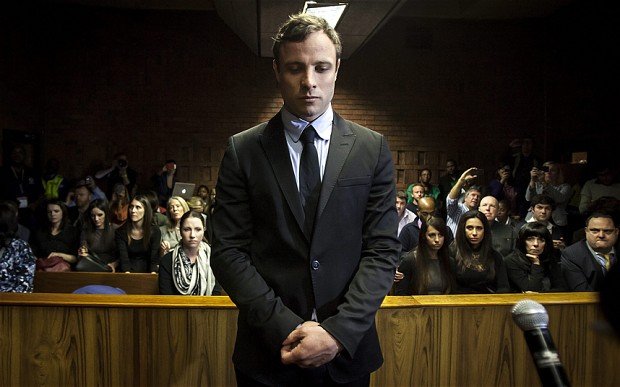 Oscar Pistorius “was broken” after shooting his girlfriend Reeva Steenkamp

“I saw the truth that morning and I feel it,” he told the court.

“He was desperate to save her [and] prayed to God.”

He said Oscar Pistorius told him: “I shot Reeva. I thought she was an intruder, please come quick.”

Johan Stander said that when he and his family arrived at the house, they saw Oscar Pistorius coming downstairs with Reeva Steenkamp in his arms.

“I could see she had a head-wound,” Johan Stander said.

“He was broken. He was screaming, he was crying, he was praying,” he said, his voice breaking with emotion.

“It’s not something I would like to experience again,” the neighbor said.

“He asked us to assist him to take her to hospital.”

Johan Stander also said there had been several recent break-ins in the private estate where he and Oscar Pistorius live.

However, under cross-examination, he accepted that it was a safe place to live.

Before the Easter break, Oscar Pistorius faced several days of cross-examination from the state prosecutor Gerrie Nel, who accused him of using emotional outbursts “as an escape”.

As well as neighbors, Oscar Pistorius’ defense team is expected to call on a ballistics expert.

A psychologist is also set to be called to speak about Oscar Pistorius’ disability and his acute sense of vulnerability.

The prosecution has sought to show a pattern of reckless behavior by the athlete and has argued that a reasonable man would have checked before firing four bullets through a locked door.

If Oscar Pistorius is acquitted of murder, the court must consider an alternative charge of culpable homicide, for which he could receive about 15 years in prison.