Cleveland survivor Michelle Knight is returning to Dr. Phil show for a follow-up discussion after her two-part interview aired six months ago.

The new interview with Dr. Phil McGraw will air Wednesday, May 7, a day after the release of Michelle Knight’s memoir, Finding Me: A Decade of Darkness, A Life Reclaimed.

Michelle Knight also is being interviewed by Savannah Guthrie for an episode of NBC’s Dateline. The program airs at 8 p.m. Sunday, May 4, on Channel 3. She will then be in studio Monday morning for NBC’s Today show.

During her November appearance on Dr. Phil, Michelle Knight spoke about the day she was kidnapped by Ariel Castro, how she endured 10 years in captivity, and how she finally escaped from Castro’s Seymour Avenue home.

In the follow-up interview with Dr. Phil McGraw, she discusses her first year of freedom and how she’s worked to build an independent life. 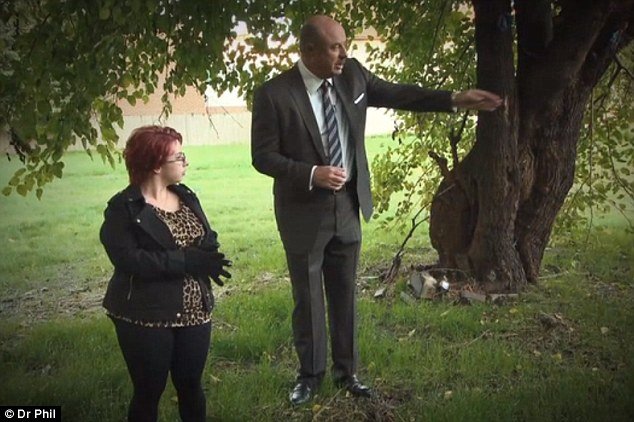 Michelle Knight is returning to Dr. Phil show for a follow-up discussion after her two-part interview aired six months ago (photo Dr. Phil)

According to a statement released by the show: “Since her nightmare ended one year ago, Michelle is healthy and happy, and has created a productive and meaningful life for herself. Though she once was forced to live off of meager food scraps, she is now in culinary school pursuing a secure and stable career. She shows her strength as she joins Dr. Phil for her first interview in front of a live, studio audience.”

Michelle Knight was the first of three Cleveland women abducted by Castro. She disappeared in August 2002. She was 21 at the time.

Amanda Berry, Gina DeJesus and Michelle Knight were held captive by Ariel Castro for more than 10 years. Amanda Berry was kidnapped in April 2003, the day before her 17th birthday. Gina DeJesus was 14 when she disappeared in April 2004. They escaped from the Seymour Avenue home on May 6, 2013.

“Having formed a deep bond with Dr. Phil during their first meeting last year, Michelle had shared some painful experiences with him privately that she wasn’t comfortable sharing publicly,” the production company’s description of the episode says.

“The experience of writing her book over the past year, though, has been therapeutic for Michelle and prepared her to discuss these experiences in front of the audience.”

Dr. Phil McGraw was granted a look inside the many journals Michelle Knight kept while in captivity, reading the poems and letters she wrote to her son.

“Amanda and Gina had families to go home to, but after Michelle was freed, no one thought she could care for herself or that she could live on her own,” Phil McGraw said in the statement released by the Dr. Phil show.

“Michelle has certainly proven everybody wrong.”

Michelle Knight recently reunited with her fellow captives, and she tells Phil McGraw about their relationship today, and where she sees it going in the future.