The remaining seven international military observers taken captive in eastern Ukraine a week ago have been released.

Five Ukrainian officers captured with the observers, who are linked to the Organization for Security and Co-operation in Europe (OSCE), were also freed.

Pro-Russian separatists in the town of Sloviansk say they released the OSCE observers “without conditions”.

Kiev has resumed military action against the separatists, with fighting reported in some areas.

Russia, accused by the West of being behind the unrest, says it “no longer has any influence” over the separatists. 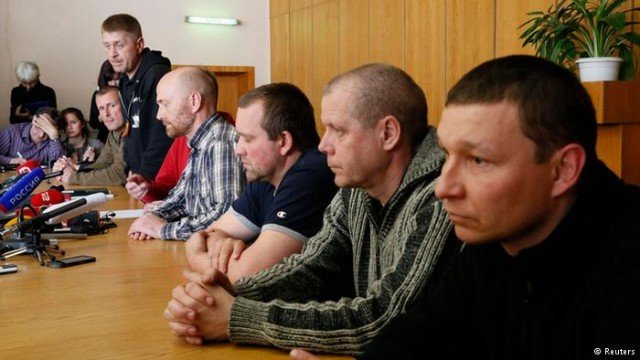 Moscow also accused Kiev and the West of responsibility for Friday’s violence in the south-western city of Odessa, which left at least 36 people dead.

Both the OSCE and Vyacheslav Ponomaryov, a leader of the insurgency in the east, confirmed the releases.

“As I promised them, we celebrated my birthday yesterday and they left. As I said, they were my guests,” Vyacheslav Ponomaryov said.

Russia had sent an envoy to negotiate the releases. Vladimir Lukin said he hoped the “voluntary act” by the separatists would be reciprocated by Kiev, adding: “I would very much like military actions to end.”

President Vladimir Putin’s spokesman in Moscow, Dmitry Peskov, said: “From now on Russia essentially has lost its influence over these people because it will be impossible to convince them to lay down arms when there’s a direct threat to their lives.”

One of the observers, German Colonel Axel Schneider, said the team had been treated “as good as possible” in what was a “miserable situation”.

Western leaders had condemned the abductions.

On Friday, President Barack Obama again called for the observers to be released, saying their abduction was “inexcusable” and “disgraceful”.

The observers – four Germans, a Dane, a Pole and a Czech – are not part of the main OSCE monitoring mission, which was agreed after long negotiations by Russia, Ukraine and the US.

Ukraine’s government meanwhile confirmed a second day of military operations in the east.