Home Sports V. Stiviano: Donald Sterling is not a racist

Donald Sterling’s alleged mistress, V. Stiviano, says his racist comments on an audio recording leaked to the public were not the first by the Los Angeles Clippers owner in conversations with her.

”There’s been a number of occasions where Mr. Sterling and I had conversations just like this one. This was one of very many,” V. Stiviano told Barbara Walters on ABC’s 20/20 in an interview that aired Friday night.

”Part of what the world heard was only 15 minutes. There’s a number of other hours that the world doesn’t know.”

Donald Sterling told his personal assistant V. Stiviano in the recording that she should not post online photos of herself with black people, including basketball great Magic Johnson, or bring black people to Clippers’ games. 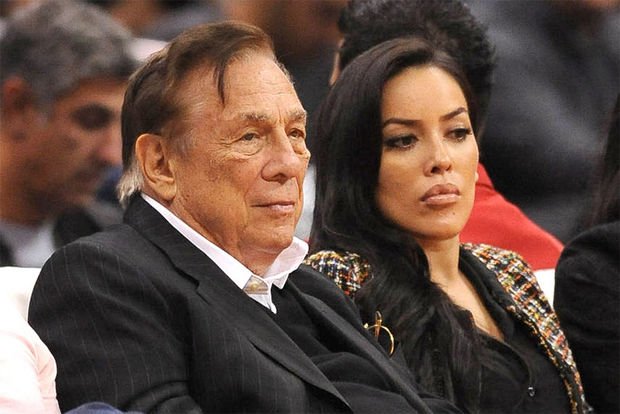 V. Stiviano said that since the ban, Donald Sterling has felt confused, alone and not supported by those around him

The recording, which an attorney for V. Stiviano said was leaked by a third party, led to public outcry across the country and the NBA. Some sponsors dropped the Clippers and other re-evaluated their relationship with the NBA.

Though V. Stiviano told Barbara Walters that Donald Sterling should ”absolutely” apologize, she said she still loves him like a father figure and does not believe he is a racist.

”I think Mr. Sterling is from a different generation than I am,” she said.

”I think he was brought up to believe these things, segregation, whites and blacks. But through his actions he’s shown that he’s not a racist. He’s shown to be a very generous and kind man.”

V. Stiviano, 31, said that since the ban, Donald Sterling has felt confused, alone and not supported by those around him.

”I think he’s highly more traumatized and hurt by the things that he said himself,” she said.

”I think he can’t even believe or understand sometimes the thing he says, and I think he’s hurt by it. He’s hurting right now.”

Donald Sterling, 80, has been accused of racial missteps before.

The billionaire had paid a $2.76 million settlement to resolve a federal lawsuit accusing him of systematically excluding blacks and Hispanics from his rental properties.