Home Entertainment Miley Cyrus cancels St Louis concert as she has to remain in...

Miley Cyrus had to cancel a second show after doctors decided to keep her in hospital.

Miley Cyrus, 21, already canceled a concert in Kansas City, Missouri, on Tuesday night after she was admitted to a medical facility and diagnosed with an allergic reaction to antibiotics.

The singer was due to perform at the Scottrade Center in St. Louis on Wednesday night, but she confirmed she is not well enough to be discharged from hospital and urged fans not to travel to the venue. 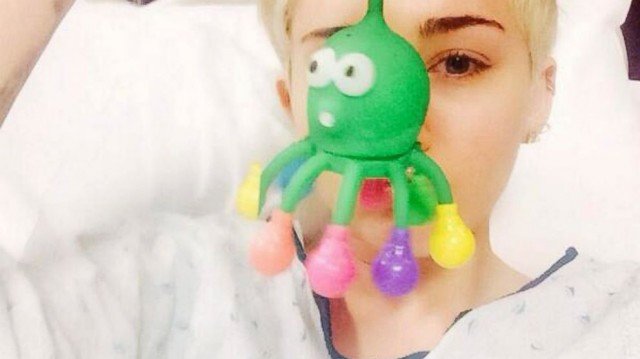 Miley Cyrus wrote in a series of Twitter posts: “I can’t get a hold of my team because it is so early so I want to be the one to tell my fans especially the ones trekking to get there… The hospital is sayin (sic) I won’t b (be) released today… therefore I’m not going 2 (to) make it 2 St Louis. I’m so sorry but somethings are outta my control.”

She made the announcement after a female fan revealed she was about to set off on a long journey to get to the show in St. Louis, prompting Miley Cyrus to reply: “Babe as of right now I’m still in the hospital… I just don’t want any of my fans to (be) p**sed off or disappointed.”

The concert in St. Louis marks the third cancellation on Miley Cyrus’ Bangerz tour since it kicked off in February.