The Solomon Islands have been hit by a second earthquake of 7.5-magnitude, less than a day after a similar strength tremor.

A tsunami warning was in effect in the Solomon Islands, Vanuatu and Papua New Guinea, although it was not known whether a tsunami had been generated.

The latest quake was registered at a depth of 12 miles below the seabed, the US Geological Survey said.

There were no reports of major damage or casualties after the first quake early Sunday local time. 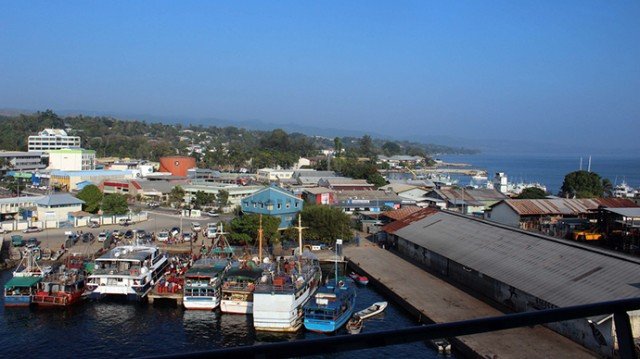 A 7.5 earthquake has struck off the Solomon Islands, less than a day after a similar strength tremor

The first tremor woke people in the Solomon Islands, striking at 07:14 local time, and was followed by a 5.9 magnitude aftershock.

The Pacific Tsunami Warning Centre reported indications of a small tsunami which may have caused some damage hear the epicenter 200 miles southeast of the capital, Honiara.

The Solomon Islands lies in a zone prone to frequent earthquakes and volcanic activity.

In February, several people were killed after a tsunami triggered by a magnitude 8.0 quake struck near the Santa Cruz islands – part of the Solomon Islands nation.

The latest quakes come only a week after the Solomon Islands were hit by severe flooding, which left more than 20 people dead.