A professor’s strict no phone-policy set one student up to pull the ultimate April Fools’ prank in class, which was caught on video and is now going viral. 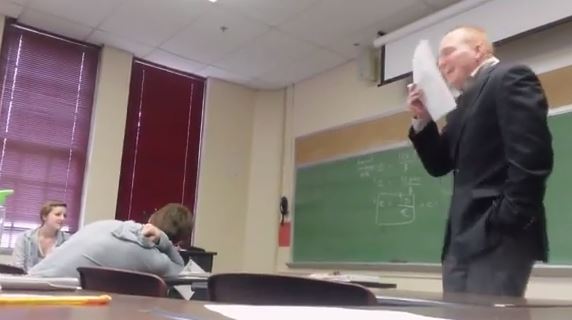 Stephen Barrows, an economics professor at Aquinas College in Grand Rapids, Michigan, has a strict policy when it comes to phones in class – if it rings, you have to answer the call on speaker phone.

Student Taylor Nefcy made sure the phone call “confirming” her pregnancy from an out-of-the picture father would be played loud and clear for the class.

The prank went off without a hitch and a YouTube video of it has spurred an international reaction, drawing almost 14 million views by April 8.

The video has already been translated into French.