Teams searching for the missing Malaysia Airlines plane will wait for further contact with signals picked up over the weekend before using a submersible down to search for debris.

It has not been able to reacquire them since Sunday, however.

Australian officials said it was key to re-find the signals before using a submersible in a search for wreckage.

Flight MH370 went missing on March 8 with 239 people on board. The Beijing-bound plane lost contact with air traffic controllers shortly after taking off from Kuala Lumpur.

Malaysian officials say that – based on satellite data – they believe the plane crashed into the southern Indian Ocean, west of the Australian city of Perth, thousands of miles from its intended flight path. 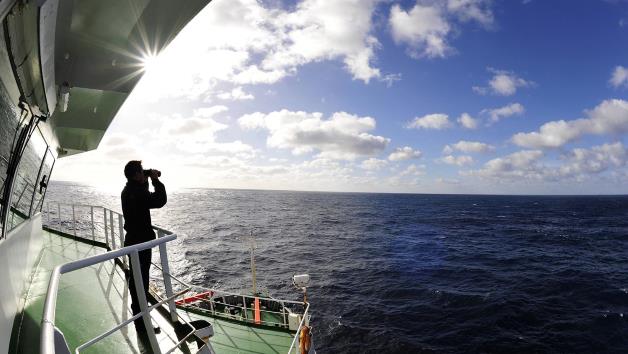 In Beijing, relatives of missing passengers held a vigil to mark one month since the plane disappeared.

Speaking at Pearce Airbase in Perth, Australian Defense Minister David Johnston said that several days of “intense action” were ahead as search teams tackled “this difficult, complex task” while black box pingers were still believed to be active.

Australian vessel Ocean Shield has been using a towed pinger locator to listen for transmissions from the plane’s flight recorders. Over the weekend, it heard signals on two separate occasions, the first time for more than two hours.

On the second occasion two distinct pinger returns were audible, something said to be consistent with transmissions from both the flight data recorder and the cockpit voice recorder.

Air Chief Marshall Angus Houston, who heads the agency overseeing the search for the plane, said that Ocean Shield had had no further contact with any transmissions since then.

He said that work involving the towed pinger locator would continue for several days, adding that the Bluefin 21 underwater drone would not be deployed unless more transmissions were received.

“If we can get more transmissions we can get a better fix on the ocean floor, which will enable a much more narrowly focused visual search for wreckage,” he said.