According to the US Army, there is a “strong possibility” soldier Ivan Lopez, who killed three colleagues at Fort Hood base in Texas, was involved in an argument before the shooting.

He told reporters there was “very strong evidence” that Ivan Lopez, originally from Puerto Rico, had an unstable psychological condition.

Sixteen others were wounded in the attack.

Officials have said that Ivan Lopez had served in Iraq and was being assessed for post-traumatic stress disorder (PTSD).

“There may have been a verbal altercation with another soldier or soldiers,” Gen. Mark Milley said. 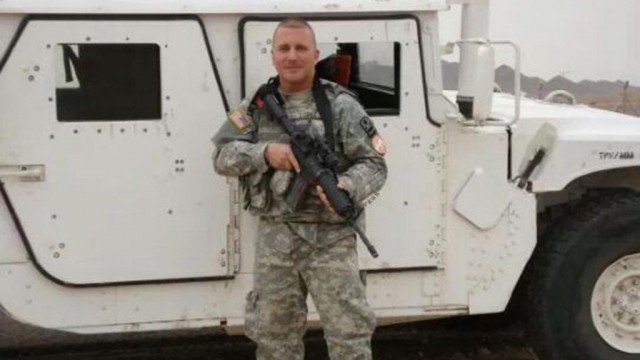 “And there’s a strong possibility that that in fact immediately preceded the shooting, but we do not have that definitively at this point, but we do have strong indications of that.”

He also told reporters: “We have very strong evidence that he had a medical history that indicates an unstable psychiatric or psychological condition… we believe that to be a fundamental, underlying causal factor.”

Gen. Mark Milley also confirmed that the pistol used in the attack was bought from the same store, Guns Galore in nearby Killeen, where the soldier behind the 2009 gun rampage at Fort Hood purchased his.

Wednesday’s shooting took place at two buildings on the base at about 16:00 local time.

Ivan Lopez walked into one of the buildings and opened fire with a .45-calibre semi-automatic pistol.

He then got into a vehicle and continued firing before entering another building and opening fire again.

It was here that Ivan Lopez was eventually stopped by military police, shooting himself in the head when confronted by a female officer in the car park.

The shooting incident lasted between 15 and 20 minutes.

Nine of those injured are reported to be in intensive care, with three in critical condition.

The shooting has shocked America’s political and military community.

President Barack Obama said: “To see this unspeakable, senseless violence happen in a place where they’re supposed to feel safe – home base – is tragic.”

Fort Hood was the scene of a gun rampage in 2009 that left 13 soldiers dead and 32 wounded.

Maj. Nidal Hasan was sentenced to death last September for that attack.

It was the deadliest attack on a domestic military installation in US history.