Country music guitarist Arthur “Guitar Boogie” Smith, best known for the theme tune from the 1972 film Deliverance, has died at the age of 93.

Arthur Smith was one of the most influential guitar-players in country and early rock ‘n’ roll.

He found fame with his 1948 single Guitar Boogie and enjoyed other hits including Feudin’ Banjos in 1955. 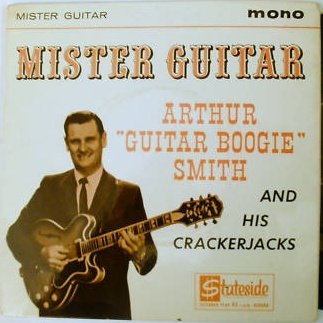 When the Warner Bros film studio used a cover version and renamed it Dueling Banjos for Deliverance, he sued them and won substantial royalties.

As well as being a musician, Arthur Smith also ran a recording studio and record labels and had a successful career as a radio and TV presenter.

The Arthur Smith Show, on WBTV, was syndicated across the US and ran for 32 years.

He was nicknamed Arthur “Guitar Boogie” Smith after the title of his breakthrough tune, which became a hit around the world.