Mario Vargas Llosa has announced he will travel to Venezuela to back anti-Maduro groups.

Mario Vargas Llosa, 78, said that all Latin American countries would be under threat if Nicolas Maduro succeeded.

At least 39 people have been killed in nearly three months of protests. 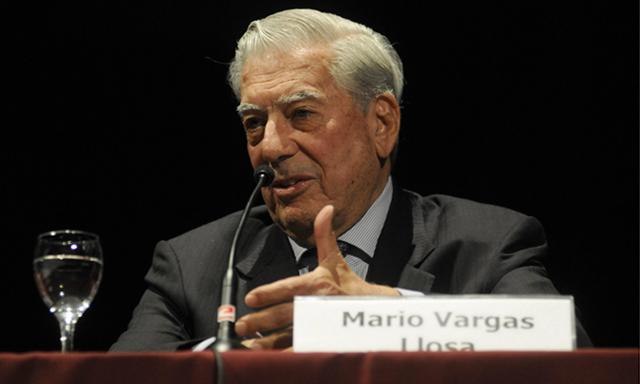 The victims come from both sides of the political divide, with hundreds of thousands of people also taking to the streets to support the government.

The unrest began in western Venezuela on February 4 and grew into a nationwide movement denouncing the economic crisis, high inflation, crime and police brutality.

Nicolas Maduro says the protests are part of a right-wing plot backed by the US to oust his democratically elected government.

Mario Vargas Llosa said he was going to travel to Venezuela on April 15 to attend a conference organized by an opposition think-tank, Cedice.

“I will go with other liberals to lend our support and show our solidarity to those who are putting a big fight against the dictatorship of Maduro,” he said.

Mario Vargas Llosa is one of Latin America’s most acclaimed writers.

He is also known for his strong political views, including his opposition to the Cuban government and political oppression in China.

The author has previously said he wanted his 1969 novel Conversation in the Cathedral to show “how a dictatorial and authoritarian government corrupts all the society”.

Mario Vargas Llosa ran for president of Peru in 1990 but lost to Alberto Fujimori in a run-off.