President Barack Obama has called on Americans to pray for the victims of the landslide in Washington which has claimed at least 14 lives.

Officials say as many as 176 people remain unaccounted for after the 177ft wall of mud hit near the town of Oso, north of Seattle, on Saturday.

Emergency officials said they expected the death toll to rise throughout Tuesday as they comb the debris field.

“The total fatality rate remains at 14 and we’re expecting that number to go up throughout the day,” local fire chief Travis Hots told reporters on Tuesday. 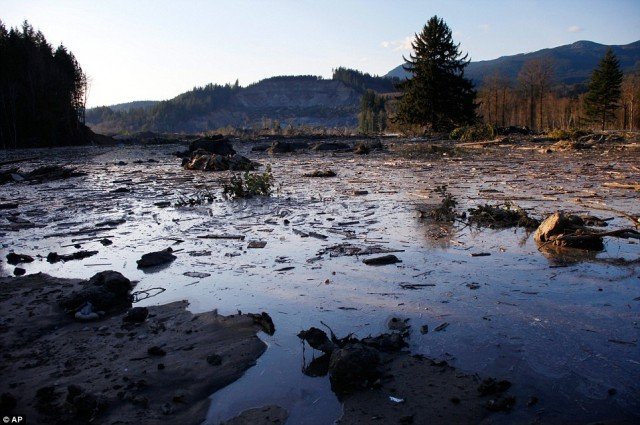 At a news conference in the Netherlands earlier, Barack Obama asked all Americans to send their thoughts and prayers to the victims.

“We know that part of this tightly knit community has been lost,” he said.

“We hope for the best, but recognize this is a tough situation.”

Barack Obama has declared an emergency in Washington State and ordered federal authorities to co-ordinate the disaster relief effort.

Washington Governor Jay Inslee – after surveying the area from the air – said it was “devastation beyond imagination”.

Jay Inslee said the slide “basically cut a mountain in two” and deposited it on the town below. Nothing in the path of the slide was still standing.

Family members and volunteers were using chainsaws and their bare hands to shift the wreckage and try to find those missing.

About 30 homes were destroyed and more than half the town of Oso is missing – a recent census put its population at 180.