Ukraine’s decision was taken because of Russian threats to the lives of military staff and their families, Oleksandr Turchynov announced.

Russian troops have seized most of Ukraine’s bases in Crimea, including the naval base at Feodosia.

Earlier this month, Russia annexed Crimea after a referendum which Ukraine and the West considered illegal.

The G7 group of industrialized countries is to consider a collective response to the crisis during talks in The Hague. 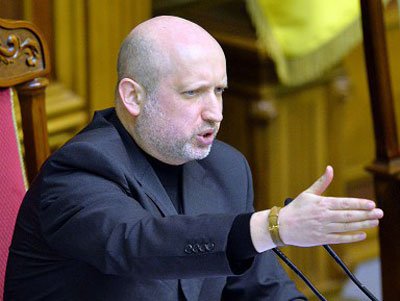 G7 leaders are meeting on the sidelines of a long-planned summit on global threats to nuclear security.

“The national security and defense council has reached a decision, under instructions from the defense ministry, to conduct a redeployment of military units stationed in the Autonomous Republic of Crimea,” Oleksandr Turchynov said.

“The cabinet of ministers has instructions to resettle the families of soldiers as well as everyone else who today is forced to leave their homes under the pressure and aggression of the Russian army’s occupying forces.”

The announcement came shortly after Russian troops captured the naval base at Feodosia, the third such takeover in 48 hours.

Feodosia was one of the last remaining bases under Kiev’s control, but had been surrounded by Russian forces for some time.

Two other military bases were stormed and seized on Friday.

Russian defense officials said earlier that the tricolor of Russia had been hoisted at 189 Ukrainian military units and facilities in Crimea.