Stacy Keibler is pregnant with her first child!

Just a few weeks after she secretly married boyfriend Jared Pobre in an intimate beachside ceremony in Mexico, the former professional wrestler and model announced on Twitter that she is pregnant.

“Look what we’ve got cooking!” Stacy Keibler tweeted, alongside a photo of a bun in an oven. 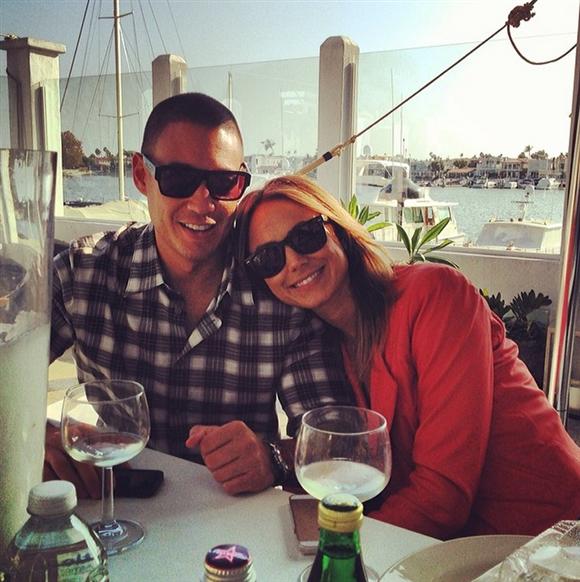 Just a few weeks after she secretly married boyfriend Jared Pobre in an intimate beachside ceremony in Mexico, Stacy Keibler announced on Twitter that she is pregnant

Though Stacy Keibler, 34, has known Jared Pobre, 39, for more than five years, the pair didn’t start dating until fall 2013, after she split from George Clooney last summer.

News of the pregnancy is as surprising as Stacy Keibler’s impromptu wedding on March 8.

Stacy Keibler and tech entrepreneur Jared Pobre simply told their families about a surprise Mexican vacation. Once their loved ones arrived, the couple revealed plans for a “rogue wedding” a source said.