South Korea military officials say North Korea has tested dozens of short-range rockets in the past 24 hours in an apparent show of anger with Seoul.

Analysts say the launches are Pyongyang’s way of protesting against joint military drills between the US and South Korea.

Some 16 rockets were fired into the sea early on Sunday, following the launch of 30 on Saturday. 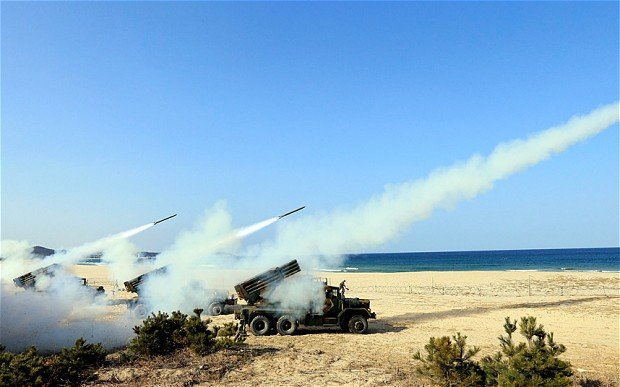 Pyongyang has bitterly criticized the annual war drills by Washington and Seoul, labeling them invasion preparations.

The isolated state often makes a show of force at the same time as the drills.

But this year there have been an unusually high number of rockets launched.

Experts say some 70 missiles have been fired so far this month, including the 46 from this weekend.

The South Korean military says that the North appears to be firing Frog rockets, which are unguided Soviet-developed devices that Pyongyang has had in its armory since the 1960s.

Both South Korea and the US have criticized North Korea’s missile tests.

Under UN resolutions, North Korea is required to abandon its ballistic missiles programs.