Pope Francis warned gangsters that they will go to hell unless they repent and stop doing evil as he is launching a stinging attack on the mafia.

“Blood-stained money, blood-stained power, you can’t bring it with you to your next life. Repent,” the pontiff said.

Pope Francis was speaking at a prayer vigil for relatives of those killed by the mafia.

The Pope has spoken out frequently about the evils of corruption and wrote a booklet on the subject in 2005 when he was archbishop of Buenos Aires.

The meeting near Rome on Friday – organized by a citizens’ group called Libera – was aimed at demonstrating the Roman Catholic Church’s opposition to organized crime, rejecting historic ties with mafia bosses claiming to be good Catholics. 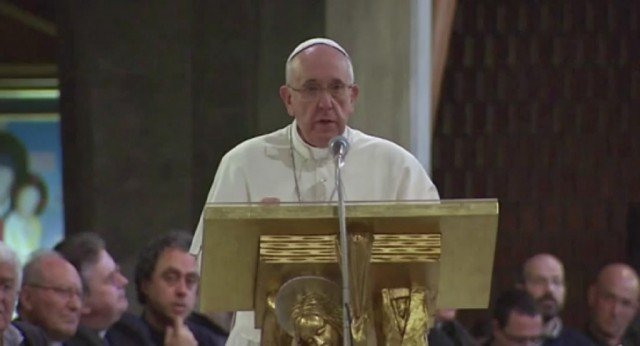 The vigil was filled with those who have suffered at the hands of the mafia, including people whose family members and loved ones had been killed.

As the names of those murdered were read out, the Pope listened, deep in somber thought.

After expressing solidarity with the 842 people at the vigil, he said that he could not leave the service without addressing those not present: The “protagonists” of mafia violence.

“There’s still time to not end up in hell, which is what awaits you if you continue on this path.”

There is a long list of brave priests in Italy who have stood up to the mafia, and some have paid with lives.

Anti-mafia activists hope that Pope Francis’ words are a signal that he is on their side.