The Vatican Library has begun digitizing its collection of ancient manuscripts dating from the origins of the Catholic Church.

The first stage of the project will cover some 3,000 handwritten documents over the next four years.

The cost – more than $20 million – will be borne by Japan’s NTT Data technology company. 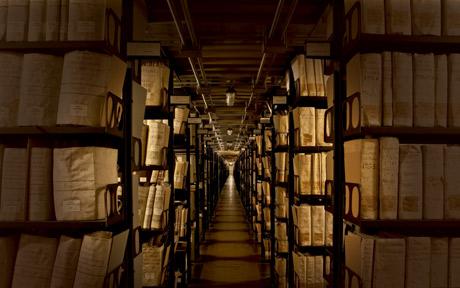 Eventually, the library says it hopes to make available online all its 82,000 manuscripts.

“The manuscripts that will be digitized extend from pre-Columbian America to China and Japan in the Far East, passing through all the languages and cultures that have marked the culture of Europe,” said Vatican’s librarian Monsignor Jean-Louis Brugues.

The 3,000 documents to be scanned digitally over the next four years include copies of works of classical Greek and Latin literature and mediaeval and Renaissance illuminated manuscripts.

The library, founded by a 15th Century Pope, also contains important works of mathematics and science, law and medicine from earliest times up to the present day.

The long-term aim is to digitize 40 million pages of documents.