The accident happened at a level crossing near the Mediterranean port city of Mersin.

It appeared all the dead – and a further five people who were injured – had been aboard the bus, and that train passengers were not hurt. 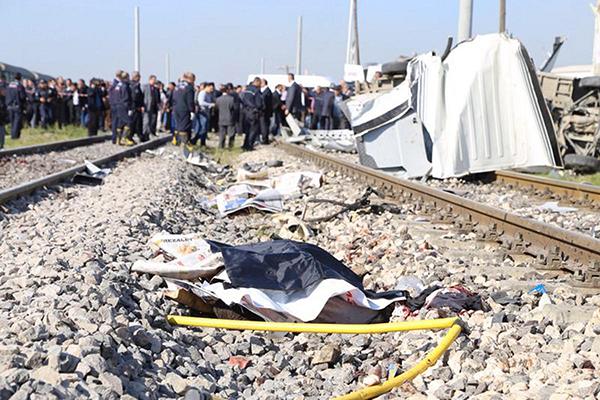 Local media suggested the level crossing barrier may have been open.

Basri Guzeloglu, the local governor, said the cause of the accident would be investigated.

The minibus was carrying people to work in an industrial zone on the edge of Mersin when it was hit.

Video footage showed the destroyed minibus lying by the side of the railway line and emergency services trying to reach the victims.