Toyota has reached a $1.2 billion settlement with US regulators after a four-year inquiry into its reporting of safety issues.

The criminal investigation came after the Japanese carmaker recalled more than 10 million vehicles over issues with brakes, accelerator pedals and floor mats.

It is the largest criminal penalty yet imposed on a carmaker in the US.

Eric Holder told a news conference in Washington: “Rather than promptly disclosing and correcting safety issues about which they were aware, Toyota made misleading public statements to consumers and gave inaccurate facts to members of Congress.

“And they concealed from federal regulators the extent of problems that some consumers encountered with sticking gas pedals and unsecured or incompatible floor mats that could cause these unintended acceleration episodes.” 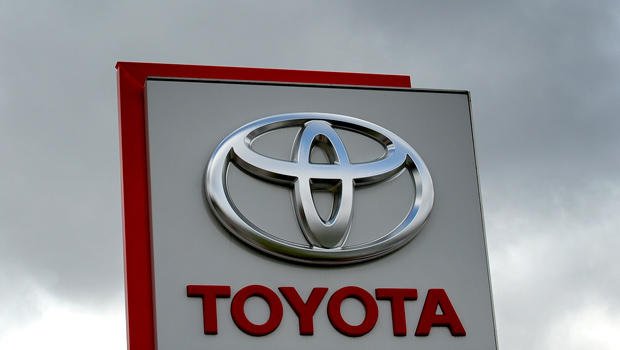 Toyota has reached a $1.2 billion settlement with US regulators after a four-year inquiry into its reporting of safety issues

Toyota issued a series of recalls in 2009 and 2010 affecting various models including the Camry, one of its best selling cars.

The problems dented Toyota’s reputation for reliability and hurt its sales in the US, one of its biggest markets.

The carmaker was also criticized for its handling of the issue, with allegations that it did not respond quickly and tried to protect its brand image.

Toyota has already paid millions of dollars in fines over delays in its reporting and handling of the safety problems.

On Wednesday, Eric Holder said that Toyota would “fully admit” wrongdoing and described the company’s behavior as “shameful”.

“It showed a blatant disregard for systems and laws designed to look after the safety of consumers,” he said.

“By the company’s own admission, it protected its brand ahead of its own customers. This constitutes a clear and reprehensible abuse of the public trust.”

Toyota said it had changed the way it handled such issues and had been working towards rebuilding its relationship with customers.

“At the time of these recalls, we took full responsibility for any concerns our actions may have caused customers and we rededicated ourselves to earning their trust,” said Christopher Reynolds, chief legal officer Toyota Motor North America, in a statement.

“We have made fundamental changes across our global operations to become a more responsive company – listening better to our customers’ needs and proactively taking action to serve them.”

The deal was announced by Eric Holder, Transportation Secretary Anthony Foxx and the US Attorney for the Southern District of New York, Preet Bharara.

Eric Holder said Toyota settlement should also serve as warning to other companies on how to handle such issues.

“Other car companies should not repeat Toyota’s mistake: a recall may damage a company’s reputation, but deceiving your customers makes that damage far more lasting.”