Paris is introducing alternative driving days in an attempt to tackle dangerous levels of air pollution.

From Monday, drivers will only be able to use their vehicles every other day.

This is only the second time since 1997 that such a restriction has been enforced.

The French government made the decision after air pollution exceeded safe levels for five days running in Paris and surrounding areas.

Motorcycles will also be covered by the ban, which will allow only vehicles with number plates terminating in an uneven digit to take to the roads, beginning at 05:30 on Monday.

On Friday, public transport was made free of charge for three days in an attempt to encourage people to leave their cars at home. This measure will continue on Monday. 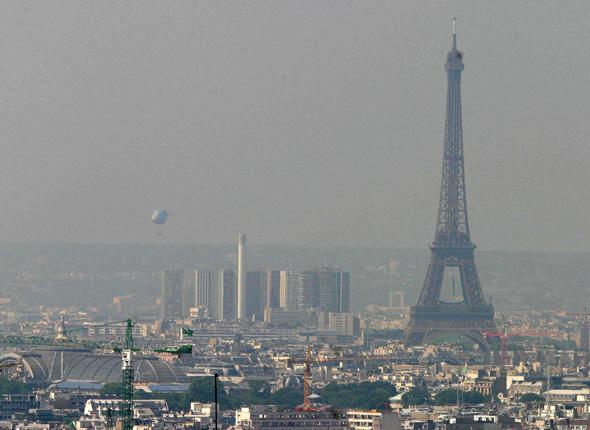 The smoggy conditions have been caused by a combination of cold nights and warm days, which have prevented pollution from dispersing.

The capital’s air quality has been one of the worst on record, French environmental agencies say, rivaling the Chinese capital, Beijing, one of the world’s most polluted cities.

On Friday, pollution levels hit 180 micrograms of PM10 particulates per cubic meter, more than double the safe limit of 80.

The French government will review pollution levels on Monday, before deciding whether to extend the driving restrictions for longer.