Three Gulf countries have withdrawn their ambassadors from Qatar amid accusations that it has meddled in internal affairs.

Saudi Arabia, Bahrain and the UAE, which are all part of the Gulf Co-operation Council (GCC) along with Qatar, made the joint statement on Wednesday.

The statement claims that Qatar failed to commit to an agreement it signed three months ago in Riyadh.

Tensions between Qatar and the rest of the GCC have increased in recent years.

The joint statement said that during a meeting on Monday in Riyadh, the three countries had made “major efforts to convince Qatar” to implement a 2013 GCC agreement on joint security.

The recall of the ambassadors was therefore necessary to ensure “security and stability”. 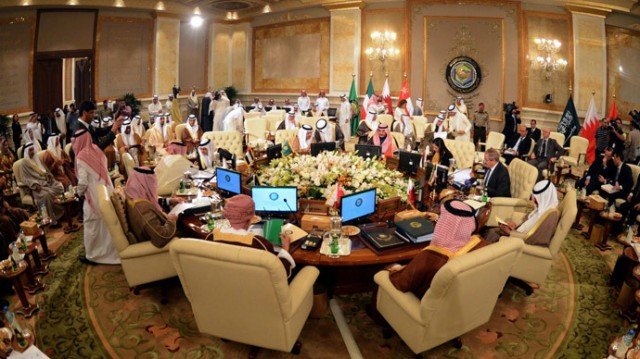 Saudi Arabia, the UAE and Bahrain have been calling for increased military and diplomatic union within the six-member GCC, which also includes Qatar, Omar and Kuwait.

However, Qatar and Oman have so far resisted increased integration in these fields.

The incident is one of the most serious disagreements within the GCC in recent times.

Oil and gas-rich Qatar has been an increasingly vocal diplomatic player. It strongly supported Egypt’s now-ousted Islamist President Mohamed Morsi and is a key backer of rebels in Syria.

Qatar is home to the influential al-Jazeera news network, which broadcasts across the world and has been critical of Saudi Arabia and other Gulf states.

The state is seen as a major financial and diplomatic supporter of the Muslim Brotherhood, which is banned in Saudi Arabia and the UAE.

On Monday, a Qatari citizen received a seven-year jail sentence in the UAE for supporting a group affiliated with the Muslim Brotherhood.

Meanwhile, Egypt’s new government, which is backed by Saudi Arabia, has charged nine al-Jazeera journalists of aiding a terrorist organization, as it now brands the Muslim Brotherhood, and has put them on trial.