A video showing former mercenary Alexander Muzychko entering a prosecutor’s office and attacking one of the employees in Central Ukraine has surfaced online.

Alexander Muzychko, who fought in Chechnya, is the current leader of the ultra nationalist group known as the Right Sector.

The video shows his method of dealing with the remaining authorities. 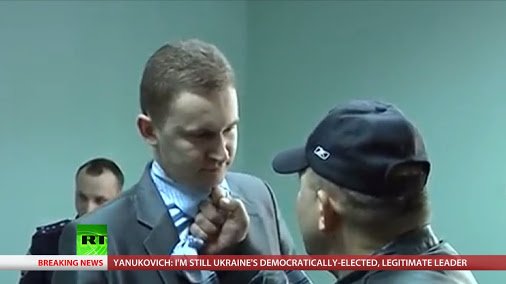 The ultra nationalist barged into the prosecutor’s office and attacked an employee while demanding to see the prosecutor, who was not there.

Alexander Muzychkothen began to terrorize staff members, assaulting one of them and threatening to tie him up and drag him out “like an animal”.