Thai PM Yingluck Shinawatra has been summoned by an anti-corruption panel to hear charges of negligence over a government rice subsidy scheme.

Yingluck Shinawatra’s opponents, who are seeking to replace her, say the program was rife with corruption.

If found guilty, the prime minister could be removed from office and face a five-year ban from politics.

Yingluck Shinawatra, who flew to the northern city of Chiang Rai on Wednesday, will not attend the hearing at the National Anti-Corruption Commission (NACC) in person.

NACC officials say she will be represented by her lawyer, who will hear the charges set against her.

The prime minister, who denies the corruption charges, says she is willing to co-operate with the NACC “to establish the facts”. 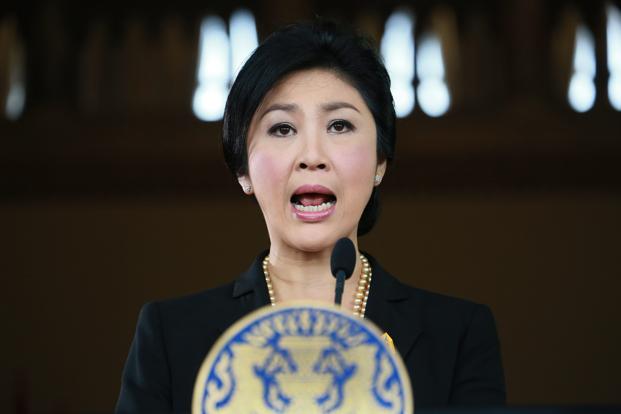 The rice subsidy programme – a flagship policy of Yingluck Shinawatra’s administration – saw the Thai government buying farmers’ crops for the past two years at prices up to 50% higher than world prices.

The policy was originally popular with farmers. However, it has led to Thailand’s rice exports being badly hit and accumulated losses of at least $4.4 billion.

Recently, the scheme has left many farmers out of pocket, as the government cannot borrow money to make the payments until a new parliament has convened.

Yingluck Shinawatra says she was only in charge of formulating the policy, not the day-to-day running of the scheme. She has also complained that the commission has treated her unfairly.