A US congressional committee report found that Credit Suisse “helped its US customers conceal their Swiss accounts” and avoid billions of dollars in American taxes.

The report claims the bank opened Swiss accounts for more than 22,000 US customers, with assets totaling $12 billion at their peak.

“From at least 2001 to 2008, Credit Suisse employed banking practices that facilitated tax evasion by US customers,” the report said.

It said the practices included “opening undeclared Swiss accounts” or accounts to “mask their US ownership”, as well as sending Swiss bankers to the US to recruit new customers and “service existing Swiss accounts without creating paper trails”.

Credit Suisse’s private banking and wealth management division has already put aside 175 million Swiss francs to fight a US investigation into hidden offshore accounts in Switzerland. 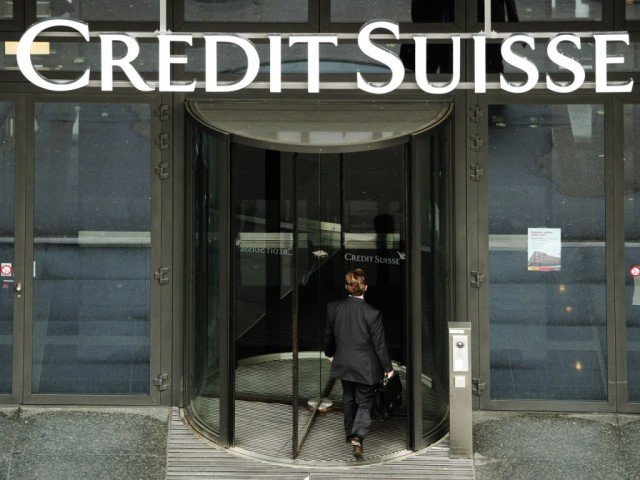 The bank has said it was “working towards a resolution” with US authorities but has not given a time-frame of when that resolution might be reached.

The report has also published details of the way, it alleges, the bank worked to keep the accounts concealed from the US authorities.

It said some bankers even applied for US visa waivers, claiming they planned to visit the country for “tourism” instead of “business” purposes.

The report listed one incident where a client was handed bank statements hidden in a Sports Illustrated magazine.

It said the bank also used sponsored events, including the annual “Swiss Ball” in New York and golf tournaments in Florida, to recruit more customers.

The committee has called upon US regulators to take strict action against banks that help US customers avoid taxes.

“For too long, international financial institutions like Credit Suisse have profited from their offshore tax haven schemes while depriving the US economy of billions of dollars in tax revenues by facilitating US tax evasion,” said Senator John McCain, a member of the subcommittee.

“As federal regulators begin to crack down on these banks’ illicit practices, it is imperative that they use every legal tool at their disposal to hold these banks fully accountable for willfully deceiving the US government and seek penalties that will deter similar misconduct in the future.”

The US Justice Department issued a statement saying it was investigating various Swiss banks over the issue.