Lamido Sanusi caused shockwaves in Nigeria when he alleged that $20 billion in oil revenue had gone missing.

Nigeria’s state oil firm has denied failing to account for the money, saying the claim was “unsubstantiated”.

Lamido Sanusi is widely respected after undertaking reforms to the banking sector since his appointment in 2009.

He was named central bank governor of the year in 2010 by Banker magazine.

Nigeria is one of the world’s biggest oil producers but the sector is marred by widespread allegations of theft and corruption. 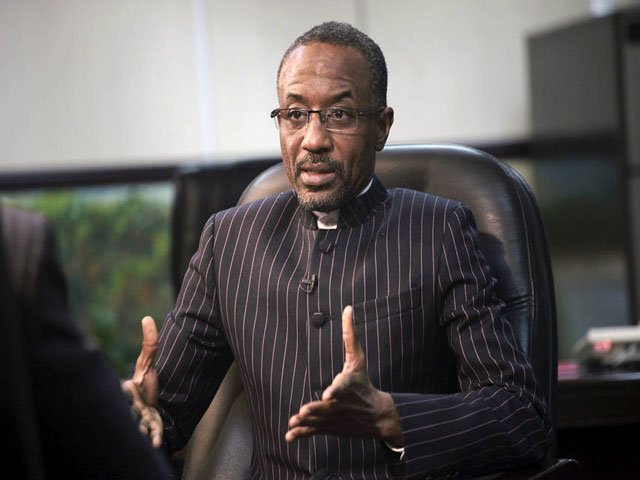 In February, Lamido Sanusi told a senate committee that out of $67 billion of oil sold between January 2012 and July 2013, $20 billion had not been accounted for.

The Nigerian National Petroleum Corporation said the allegations showed “little understanding of the technicalities of the oil industry”.

He is to be replaced by his deputy, Sarah Alade, who is travelling with him.

President Goodluck Jonathan asked Lamido Sanusi to resign in December but he refused.

The president does not have the power to sack the central bank governor – only the National Assembly can do this.

Lamido Snausi’s term in office was due to end in June but correspondents say the decision to suspend him now is still very significant.

The presidential statement announcing Lamido Sanusi’s suspension said he had been removed pending “investigations into breaches of enabling laws, due process and mandate” of the Central Bank of Nigeria.