“Japan’s Beethoven” Mamoru Samuragochi has admitted he is not totally deaf, amid an ongoing scandal over his use of a ghostwriter.

Composer Mamoru Samuragochi said in a statement to Japanese media that he regained some of his hearing three years ago.

Mamoru Samuragochi shot to fame in the 1990s and is most famous for the piece Hiroshima Symphony No 1, dedicated to those killed in the 1945 atomic bomb.

Takashi Niigaki said last week that he had worked with Mamoru Samuragochi for nearly two decades and had composed his critically-acclaimed works, including Hiroshima Symphony No. 1.

The music teacher also said that he saw “no signs” Mamoru Samuragochi could not hear. 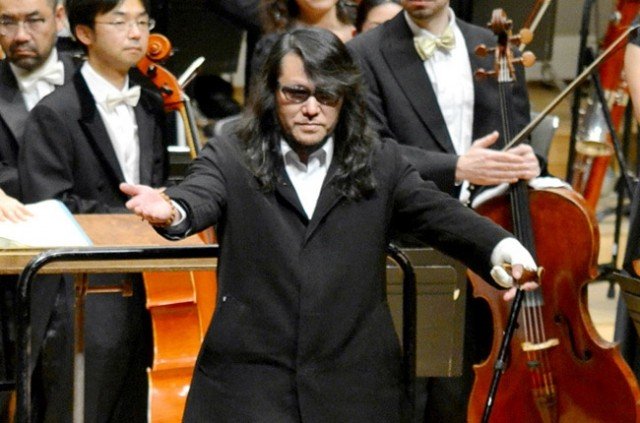 Mamoru Samuragochi has admitted he is not totally deaf

In his statement on Wednesday, Mamoru Samuragochi, 50, said his hearing had improved and he could follow conversations under certain conditions.

“In recent years I have started to be able to hear a little bit more than before… since about three years ago I can hear words if people speak clearly and slowly into my ears,” he said.

“It is true that I received a certificate proving I had a hearing disorder and that I couldn’t hear anything up until three years ago.”

Mamoru Samuragochi said he would be issuing a public apology.

“I feel deeply ashamed of myself for living a false life,” he said.

His now defunct website stated he was taught how to play the piano by his mother when he was four and began playing Beethoven and Bach when he was 10.

Mamoru Samuragochi reportedly lost his hearing when he was 35 but continued to compose music, apparently relying on his “absolute pitch”. His Hiroshima Symphony No 1, completed in 2003, became a major classical music hit, selling more than 100,000 copies in Japan.