Sochi Winter Games kicked off with a little girl named Lubov walking us through Russian history and culture in an eye-catching opening sequence.

When it was over, five giant illuminated snowflakes appeared suspended inside the Fisht Olympic Stadium, looking like something straight out of a child’s Spirograph. 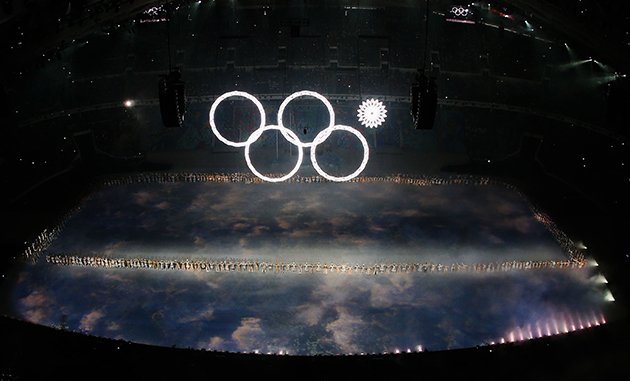 The snowflakes morphed into the five Olympic rings. Except for that pesky last snowflake.

Vancouver had its own issues during the Opening Ceremonies back in 2010, when the elaborate cauldron failed to fully form, leaving Wayne Gretzky hanging.