Amanda Knox said on Good Morning America she will fight the reinstated guilty verdict against her in the 2007 murder of British roommate Meredith Kercher in Italy.

She also vowed to “never go willingly” to face her fate in Italy’s judicial system.

“I’m going to fight this to the very end,” Amanda Knox said in an interview with Robin Roberts on ABC’s GMA.

Amanda Knox, 26, said she has written a letter to the family of Meredith Kercher expressing sympathy for the legal ordeal that continues more than six years after she was killed.

“I want them to know I understand this is incredibly difficult. They also have been on this never-ending thing. When the case has been messed up so much, a verdict is no longer a consolation for them,” Amanda Knox said during Friday’s interview.

“And just the very fact that they don’t know what happened is horrible,” she said. 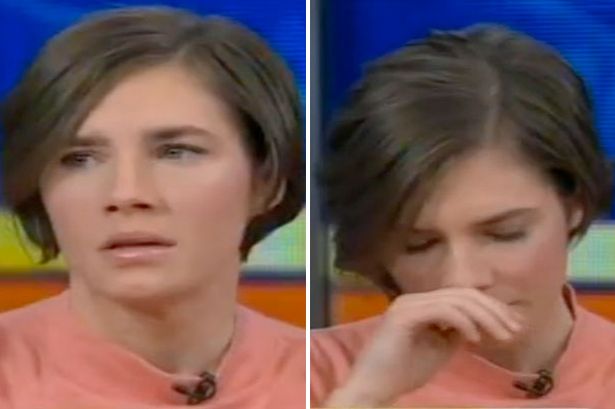 “They deserve respect and the consolation of some kind of acknowledgement,” Amanda Knox said.

“I really wish them the best.”

Meredith Kercher’s sister Stephanie and brother Lyle were in the courtroom in Florence for Thursday’s verdict.

Amanda Knox’s former boyfriend, Raffaele Sollecito, has been prohibited from leaving Italy while the case continues.

“I don’t know what I would do if they imprisoned him. It’s maddening,” Amanda Knox told GMA.

And she is not ready for the possibility she could be extradited to Italy to serve a 28-year prison sentence.

“This really, it hit me like a train. I didn’t expect this to happen. I really expected so much better from the Italian system. They found me innocent before; how could they say beyond a reasonable doubt?” Amanda Knox told GMA.

During the trial, Amanda Knox remained in Seattle, where she is a student at the University of Washington.

The court reinstated a guilty verdict first handed down against Amanda Knox and Raffaele Sollecito in 2009. The verdict was overturned in 2011, but Italy’s supreme court vacated that decision and sent the case back for the third trial in Florence.

“I just really hope that people try to understand that (when you have) overzealous prosecutors and when you have a biased investigation and coercive interrogation these things happen. And I’m not crazy,” Amanda Knox told GMA.