Madonna said she was “honored” to introduce “my fellow freedom fighters” Maria Alyokhina and Nadezhda Tolokonnikova at the Amnesty event.

“I have admired their courage and have long supported their commitment and the sacrifices they have made,” the singer added. 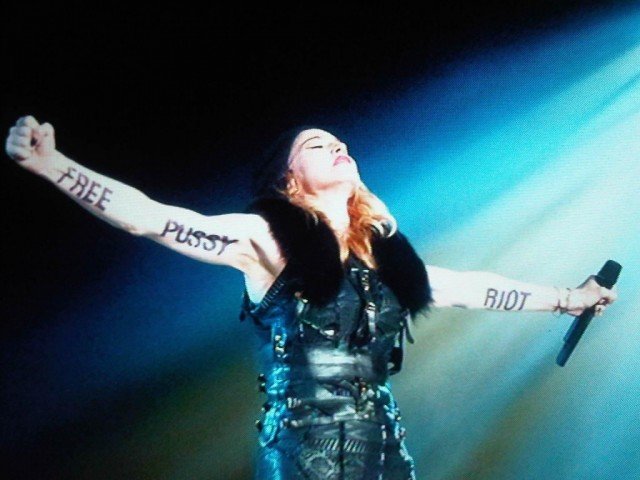 Maria (Masha) Alyokhina and Nadezhda (Nadya) Tolokonnikova were released in December after spending 16 months in prison.

They and Yekaterina Samutsevich were arrested in August 2012 for singing a protest song in a Moscow cathedral.

Amnesty International announced last week that “Masha” and “Nadya” would make an appearance at the concert on February 5.

It will form part of their first trip to New York since being granted amnesty by Russian President Vladimir Putin – a gesture the pair dismissed as a publicity stunt.

Lauryn Hill, Bob Geldof, Yoko Ono and Imagine Dragons are also on the bill of the Bringing Human Rights Home event at the Barclays Center in Brooklyn.