American Horror Story: Coven came to an end thanks to Fiona’s daughter Cordelia.

When Cordelia (Sarah Paulson) got her “sight” back, she had a vision of Fiona (Jessica Lange) standing over all the dead bodies of her fellow coven members.

In order to prevent the inevitable, she told the Axeman (Danny Huston) that Fiona planned to leave him once she got her powers back. Once he had proof, the Axeman used his, well, axe on Fiona, killing her and leaving her body in the swamp. 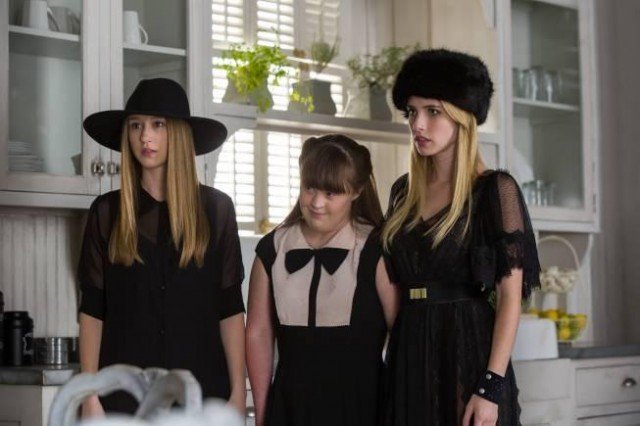 Even though the season has been full of resurrections, Fiona is gone for good. Misty (Lily Rabe) even pointed out that she can’t bring someone back once they’re “gator sh–.”

Despite knowing how evil Fiona has been, the coven brutally killed the Axeman. Cordelia then declared that the whole coven will go through the Seven Wonders test to find out who will replace Fiona.